University of the Western Cape
Share:
Overview of innovation

South Africa harbours the highest number of rape incidents in the world, and sexual assault and rape cases in the entire SADC region are estimated at a minimum of 55 000 cases per year. Crime scene investigations utilise DNA technology on a regular basis. In cases of rape or sexual abuse, male-specific DNA can be targeted for forensic identification or exclusion of suspects. However, current test kits were not designed taking into account the genetic diversity of African males, and perform poorly in this continent. For this reason, the University of the Western Cape has designed a new male-specific DNA identification kit tailored for Africa.

Implementing a highly discriminatory and rapid Y-STR profiling system is crucial for improving conviction rates, exoneration of innocent men accused of rape, and alleviation of the backlog of casework in South Africa and neighbouring countries.

In 2018 the successful completion of the alpha prototype of a male Y-Chromosome forensics detection kit (the UniQ-Typer) took place. Together with the kit, a database of collected DNA profiles from African populations was generated. During the next phase of development, the beta version of the kit will be tested in forensics facilities from the African Continent. All data collected during the beta phase trial will be added to the database, further improving the product’s discriminatory performance. This data will also improve the ability of the product to discriminate complex samples, consisting of multiple profiles as the improved statistical power of the database will allow deconvolution of these profiles. 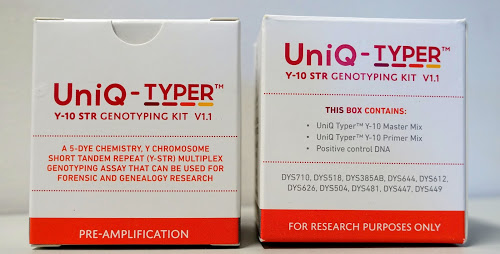 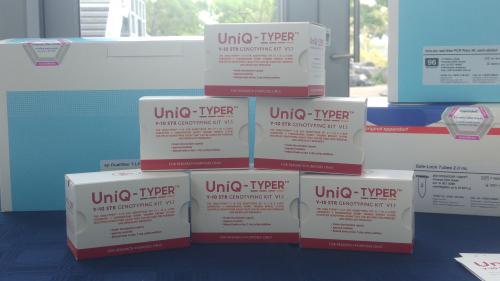