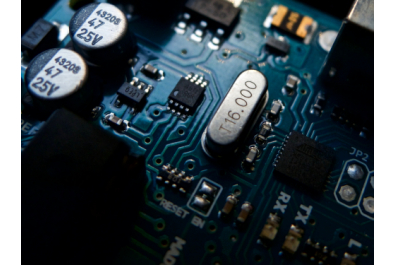 During normal operation, the switches are driven to be on and off in alternating relationship - that is when the first switch is on, the second switch is off, and vice versa. However, it is well known that it may happen that both the first and second switches are on at the same time so that the energy storage device is short-circuited. This may result in large currents which may cause damage, such as damage to the switches.

Conventional protection circuits and methods are aimed at ensuring that one switch is fully off before the other switch is switched on. In push-pull configurations this may be achieved by inserting some delay between the switching off of the one transistor and before the other transistor is switched on. In buck and boost configurations a fast switching diode is normally used. In other embodiments, a conventional series protection inductor comprising a magnetic core is used. These techniques limit not only the maximum frequency of the drive circuit, but also the efficiency of the drive circuit.

Accordingly, it is an object of the present invention to provide an alternative drive circuit and method with which the aforementioned disadvantages may at least be alleviated or which may provide a useful alternative for the known circuits and methods.