Central to the wellbeing of any living organism is the nucleus of the cell. It stores and organises genetic information and protects this information from other cellular components. The nucleus also communicates with the rest of the cell, exchanges proteins and RNA, and facilitates several important processes.

The nuclear pore complex (NPC) is a large protein complex that is responsible for the exchange of components between the nucleus and cytoplasm. It is also essential for blocking materials not meant to cross into the nucleus.

Karyopherin β1 (Kpnβ1), also known as Importin β, is a major nuclear import receptor that transports proteins containing a nuclear localisation signal (NLS) through the nuclear pore complex (NPC) into the nucleus. Not only does Kpnβ1 play an important role in the nuclear import of cargoes, but it also assists in regulating various other processes, such as cell division, nuclear envelope and nuclear pore assembly and microtubule formation.

Research at the University of Cape Town (UCT) showed that inhibition of Kpnβ1 expression with siRNA in various cancer cells, including cervical, oesophageal and breast cancer cells, results in cancer cell death via apoptosis.

This indicated that Kpnβ1 is likely necessary for the growth and survival of cancer cells and that inhibiting its activity may yield effective anti-cancer treatments.

The researchers used an in-silico approach based on the crystal structure of Kpnβ1 to identify small molecules with the potential to bind Kpnβ1 and interfere with functions necessary for cancer cell survival.

The University of Louisville in the USA assisted with the in-silico work and is co-owner of the IP.

The technology is currently at a Technology Readiness Level (TRL) of 4 (lab demonstration / pre-clinical research).

The fundamental research led to the in-silico work with the University of Louisville to identify small molecule inhibitors. Approximately 80 molecules were identified as having potential for further testing. This group has since been substantially narrowed through various in vitro experiments. The main group of small molecules identified with potential anti-cancer activity inhibiting Kpnβ1 is the quinoxaline group of derivatives. The lead compound is a quinoxaline derivative codenamed “C43” of formula 3-(1H-benzimidazol-2-yl)-1-(3-dimethylaminopropyl)-pyrrolo[5,4-b]-quinoxalin-2-amine. Several other small molecules, not part of the quinoxaline group, have also been identified. Of these, the more promising is codenamed "C60".

The antitumor activity of C43 was investigated in vivo using mouse xenograft models.

Up until now, the inventors have primarily evaluated cervical cancer and oesophageal cancer, but is also looking into ovarian cancer, some breast cancers, liver cancer, brain cancer and gastric cancer.

The next phase of the work will need to include further studies on target validation, in vivo ADMET and pharmacokinetic studies re: bioavailability, solubility, stability of the small molecules and additional medicinal chemistry to ensure the lead compounds can be dissolved in solvents other than DMSO.

Cervical and oesophageal cancers are among the most common cancers affecting southern Africans. According to reports from CANSA (Cancer Association of South Africa), after breast cancer, cervical cancer kills more women in southern Africa than any other form of cancer.

A large majority of the global burden (around 85%) occurs in less developed regions, where it accounts for 12% of all female cancers.[1]

High-risk regions include Eastern Africa, Melanesia, Southern and Middle Africa, while rates are the lowest in Australia/New Zealand and Western Asia. Cervical cancer was the most common cancer in women in Eastern and Middle Africa at the time of the report.[2]

Generally, patients do not present symptoms until a late stage. Hence, diagnosis is likely only made after the cancer has spread or is at an advanced stage.

Surgery alone may be sufficient for patients with early disease, but chemotherapy and chemo-radiation may also be administered. Resistance to chemotherapy frequently develops in these cancers, and there are few targeted therapies available to patients. There is therefore an urgent need for new and effective treatments for cervical and oesophageal cancers.

There is growing evidence that elevated Kpnβ1 expression associates with cancer development, and that there is an increased expression level and activity of Kpnβ1 in cancer tissue, which could potentially indicate an addiction of the cancer cells to this nuclear importer.

The inventors anticipate that this will impart a sufficient “therapeutic window” for a Kpnβ1 inhibitor to kill cancer cells whilst sparing normal tissues. Van der Watt et al (2009) found that Kpnβ1 inhibition showed no toxicity on non-cancer cells, making Kpnβ1 an attractive target for cancer treatment[4].

Unlike chemotherapy and radiation, which do not discriminate between cancer cells and healthy tissue, this small molecule therapy may, when given at the appropriate time, result in the death of the cancer cells only, and leave the healthy cells unscathed.

UCT is seeking a Development Partner or Licensee to take the development to a more mature stage. The most pressing need is a partner who can assist with in vivo ADMET studies, complete the target validation, and/or assist with biochemistry to make the lead molecules more soluble. 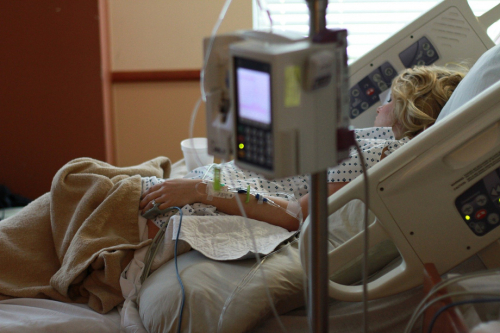