SignSupport: A mobile app for the Deaf Community 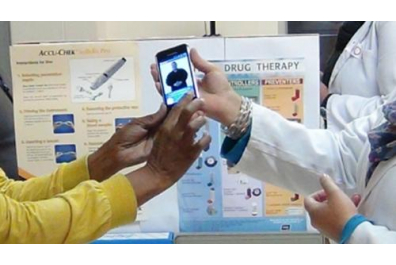 Almost 1 million South African Deaf people use South African Sign Language (SASL) as their primary means of communication as often they cannot speak, read nor read lips in any of the eleven official spoken/textual languages. This multi-ethnic group comprises Deaf South Africans who are largely excluded from communication with the rest of the hearing majority. Due to their inability to communicate in the official languages, provision of government services and information, including healthcare, offered in the official languages is not accessible to the Deaf Community. SignSupport is a mobile app that unlocks pre-recorded SASL videos stored on a phone to bridge information and communication gaps between Deaf and hearing people in their preferred language. SignSupport facilitates interaction with non-Deaf users in limited communication scenarios, including SignSupport for pharmacy and international computer driver license (ICDL) training. The prototype, now refined and adapted to a WhatsApp interface, has also been developed for Diabetes self-management for the Deaf Community. When the pre-recorded information or the limited interaction is not sufficient, a video call with a remote SASL interpreter can be set up to deliver further assistance.   Although the user of the technology is the Deaf Community, the Department of Health or private medical companies may find the technology particularly useful to relay self-care regimens and can be adapted accordingly.