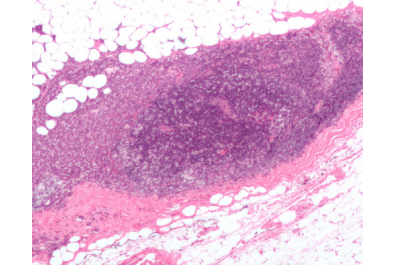 Platinum chemotherapeutics are used especially in patients with highly metastatic triple-negative breast cancers (TNBC). The chemotherapy is non-selective and toxic causing negative side effects that have been well documented. TNBC also readily acquires resistance to platinum-based therapies. Palladium is less toxic than conventional platinum chemotherapies widely used to treat cancers and this may reduce the side‑effects associated with conventional chemotherapies.

Researchers at Stellenbosch University and the University of Cape Town (UCT) have developed and tested a palladium-based anti‑cancer therapeutic as an alternative novel chemotherapeutic referred to as Palladacycle. The IP in the form of patents are jointly owned.

UCT data shows that Palladacycle minimises the chances of cancers developing resistance to the chemotherapy and being less toxic it is anticipated that side‑effects associated with platinum-containing chemotherapeutics will be reduced.

The invention is a bi‑nuclear palladium‑containing anti‑cancer therapeutic. The Palladacycle is an organo‑metallic heterocycle containing an atom of palladium in the ring. It has shown excellent in-vivo and in-vitro activity against oestrogen receptor-positive and ‑negative breast cancers cells in culture. It has also shown activity in‑vitro against other cancer cell lines, including advanced melanomas and aggressive sarcomas.

A series of different molecules have been developed, an early lead showing promising anti‑cancer activity was found to be unstable. The next round lead molecule ‘BTC2’ has improved water solubility and has performed as well as, if not better in in vitro tests compared to the earlier candidate.

Compared to the widely used platinum-based chemotherapeutic drug, which has an IC50 of approximately 10μM, BTC2 displayed an IC50 of approximately 0.2μM in breast cancer and a range of sarcoma cell lines tested. The results suggest that, at a concentration of 50‑fold less BTC2 is as effective at killing cancer cells, but will likely display lower side-effects due to the reduced dose.

Benefits and Value Proposition of Palladacycle:

Pre‑clinical in‑vitro and in-vivo trials in two common breast cancer cell lines, including the TNBC, have shown that the novel Palladacycle complex:

Palladacycle has also been shown to be comparable to clinically approved anti-cancer agents, despite being tested at a dosing rate half that of Paclitaxel in a chick embryo model.

In addition to its confirmed minimal toxicity and commercially comparable efficacy, the patent-pending Palladacycle can be synthesized chemically, so manufacture may be more cost-effective than other clinically approved anti-cancer agents. Furthermore, the lower dosage rate required due to the high potency of the drug as well as the lowered toxicity for equivalent efficacy is indicative of a reduced risk of associated side effects.