Cellulose and Chitin are the two most abundant natural biopolymers in the world. Both are characterised as water‑insoluble in their natural states.

Chitin is a white, hard, inelastic polysaccharide found primarily in the exoskeleton and internal structures of invertebrates such as lobsters, crayfish, crabs, krill, scorpions, fly larvae and in some microorganisms or fungi. It can, thus, be found in the waste streams of various industries. The most important synthetic derivative of chitin is chitosan, typically obtained by deacetylation of chitin in solid state. When the degree of deacetylation of chitin reaches about 50%, it becomes soluble in aqueous acidic media and is called chitosan. In this state, it is possible to modify it further for many different applications including cosmetics, encapsulation of pharmaceuticals and carriers of bio-stimulants and vaccines.

Chitosan’s solubility improves with the use of harsh chemicals such as acids, which need to be disposed of appropriately. Water-soluble chitosan is desirable for two reasons: (1) it has anti-microbial, anti-fungal, and value-added properties such as biogenic properties in plants (2) its solubility allow for alternative uses in agriculture and health products.

Researchers at UCT have successfully synthesised water-soluble modified diamino chitosan (6-deoxy-6-diamino chitosan). The 6-deoxy 6-diamino chitosan has almost double the amount of -NH2 groups on the polymer chain by replacing the 6-OH groups of conventional chitosan. This is a novel method, which is subject to several pending patent applications.

This process has fewer steps than the commonly used processes that involve C-6 hydroxy mediation and offers a more scalable production method.

It is green in that it is not reliant on “red” organic solvents (i.e. solvents banned from industrial use by being regarded as environmentally unfriendly/unsafe).

The green process allows for the exploration of new applications where sustainable chemistry is desired for bulk manufacturing. It, therefore, serves as a potentially valuable biopolymer, support structure or backbone structure for multiple applications.

The team has demonstrated the lab-scale production of modified diamino chitosan from various starting materials, including:

• Directly from various grades of chitin from crustaceans

• From chitin and chitosan purchased from catalogues

To date, the technology development was focused on shortening the process and eliminating the need for “red” organic solvents. The team also worked towards standardising the synthetic route to ensure no batch-to-batch variability in molecular weight of the diamino chitosan.

The applications for the water-soluble diamino chitosan could be numerous and extends the potential use as an antimicrobial and antifungal additive, soluble carrier molecule, catalyst, fine chemical, cosmetic additive, etc., particularly new applications where neutral-pH chemistry is desired.

The UCT team has also investigated the anti-fungal and biostimulant properties of the diamino chitosan with very favourable results in tomato plants, demonstrating the antifungal properties when used as a foliar spray.

UCT is seeking partnerships/licenses with companies who:

· This could be conducted in a joint venture and the parties could jointly raise funding to do this.

· The products could be sold to industries as an alternative.

· The source of the cellulose and chitosan could be from sustainably sourced waste streams.

UCT is also seeking partnership with companies that have identified a particular use case or need for the application for the soluble chitosan and would like to evaluate the inclusion of the soluble diamino‑chitosan molecule in new formulations for new applications.

We also invite companies that are interested in developing formulations for exploring the biostimulant or anti-fungal properties of the modified diamino chitosan.

The technology development relating to the conversion of cellulose and other β-D-glucopyranoside-containing polymers into water-soluble derivatives are less mature than the water-soluble diamino chitosan process. We invite companies interested in further developing these processes and applications to contact UCT. 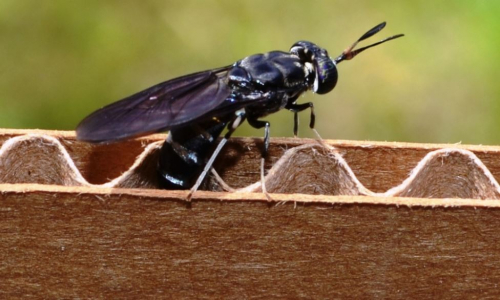