Method of distinguishing between different pathogens 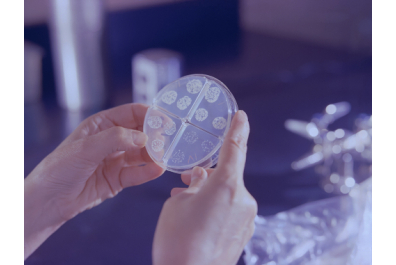 This invention relates to a method of distinguishing between different pathogens in a biological sample.

In 2008, there were an estimated 9.4 million newly identified TB incidences and 1.8 million deaths globally attributable to TB. Different treatment regimens are followed for different mycobacterial infections and it is becoming more important for diagnostic techniques to differentiate between various mycobacterial species.

Detection limits of diagnostic techniques further play an important role in the early diagnostic phase of TB when a sputum sample is used, as only a small amount of bacteria are present, which are often undetected and consequently cause the misdiagnosis of TB in patients. Additionally, TB patients who are co-infected with HIV and childhood infections are frequently left undiagnosed due to lower sputum bacterial loads and lack of TB diagnostic methods with improved detection limits.

TB diagnostic methods and their disadvantages;

According to the WHO, no serology TB diagnostic assays have yet been approved for clinical use due to a lack of adequate sensitivity and specificity of these methods.

WO 2004/059280 discloses a method for measuring a plurality of different organisms in a sample (mucus, nasal, pharyngeal or genital discharge sample). The measurement includes detecting the presence or absence of a proteinaceous, lipid, carbohydrate and/or nucleic acid marker indicative of an organism using specific antibodies.

Furthermore, WO 2004/059280 discloses an extraction method for extracting one or more markers from the matrixes of one or more samples and/or rendering the samples more suitable for analysis.

WO 2006/079846 discloses a method of detecting and identifying bacteria comprising the steps of collecting volatile bacterial products, subjecting the volatile products to a gas chromatography system employing a surface acoustic wave detector, establishing chromatographic profiles for different bacteria, and comparing the chromatographic profile of the biological sample (including sputum, breath and blood) with profiles in the library. The system is said to be suitable for use in the detection of TB and indicates that mycolic acids could be potential biomarkers. However, no specific markers for TB are described.

WO 2009/045116 discloses a method for detecting a mycobacterium by analysing a gas mixture for one or more identified biomarkers selected from a group consisting of methyl phenyl acetate, methyl p-anisate, methyl micotinate, and o-phenylanisole.

A disadvantage associated with the abovementioned methods is that they do not differentiate between various disease-causing species, including those belonging to the genus Mycobacterium.

It is accordingly an object of the present invention to provide a method for distinguishing between different pathogens in a biological sample with which the aforesaid disadvantages could be overcome or at least minimised.