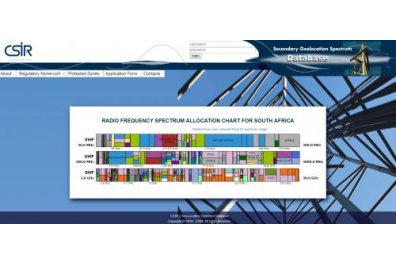 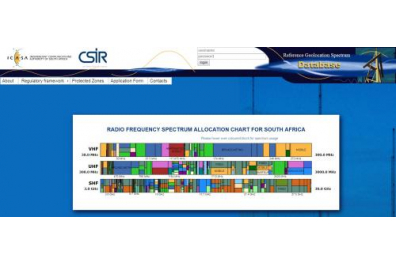 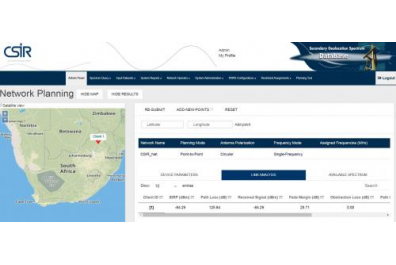 The CSIR developed Reference Geo-location spectrum database (R-GLSD) is full-fledged and market-oriented regulatory reference spectrum database. The R-GLSD gives any national spectrum regulator the capability to have full control of the national spectrum resources band per band and acts as a monitoring tool to guarantee the necessary QoS is achieved through a collaborative and intelligent spectrum sharing framework. One of the most important functions of the R-GLSD is the qualification of the secondary (S-GLSD) spectrum innovation toolboxes.

The S-GLSD is the dynamic spectrum co-existence manager for the deployment of smart spectrum sharing (S3) TVWS wireless broadband networks. The S-GLSD is implemented as a pre-packaged software solution and deployed as a localised cloud implementation including a user-friendly graphical user interface. The CSIR also has developed a tutorial and seminar series to introduce and develop smart spectrum sharing skills to stakeholders of the TVWS eco-system stakeholders: Regulators, Wireless network and Internet Service providers, TVWS wireless device manufacturers.

In connection with the R-GLSD and S-GLSD operations and services, the CSIR also has developed a network planning tool to support wireless network and internet service providers (WNISPs) to launch commercial TVWS networks at any geo-location in South Africa. The CSIR NetPlan toolbox is implemented as a pre-packaged software solution with interfaces for radio parameter entry and deployed as a localised cloud implementation including a WNISP friendly graphical user interface. The NetPlan also guarantees that the resultant wireless TVWS network is compliant with the national regulation and network device types as specified in the recent TVWS regulations by the national regulator ICASA.